180
It was automatically
added to your profile counter!
It was automatically
removed from your profile counter!
You're invited by
has invited you to a game of ''
You need Premium membership to play online.
Information
You have a previous unfinished session of the game.
Click OK to continue to play this session or DELETE to end the session and start a new.
Well done! You've earned a badge!
Invite friends to GoDartsPro.com!
Invite your friends and practice & play together! We're adding a lot of social functions to the site so send invites to all your darter friends!

You'll be able to practice with, play against and compare your progress and achievements with your friends.
Thank you for inviting your friends!
Friend email (comma separated for multiple e-mail addresses):


Personal message to be included:

We have +75 games so it can be hard to know where to start. Which one is you?

If you're a rookie in darts, try the Quick Evaluation game first! Then it can be good to play these free games: JDC Routine, the A1 Routine or the Section 5.

Played for a while?

The MICO-factor games will sharpen your skills. Try the 19 Halve It, the 10-20 and the Pivot Bundle. Our Master Class will also improve your game.

We've got many great games for you! The Master Class is the path you need to go! Try also the Exponential Bundle, the Master-501 and the Shooting Gallery.

In November 2017 the darts practice guru Mikko Laiho contacted me to cooperate around some ideas he had. Mikko had been working with Winmau for many years and he got an idea of the MasterClass practice solution. We joined forces and started to work together based on GoDartsPro and Mikko’s coaching and practice concepts. We relaunched GoDartsPro with Mikko’s new games and concepts in September 2018. We chatted and talked darts almost every day about new ideas for better darts practice solutions.

During the time we worked together we created the GoDartsPro MasterClass and the MICO-factor concept for GoDartsPro (and quite a few other games and functions as well). Mikko was especially proud of how the MasterClass and the MICO-factor concept were added to the website. He was utterly convinced that these two training systems used on a regular basis will really make a difference to a darts player’s gameplay.

Then on April 29 2019, I got a call from a close friend to Mikko telling me that Mikko suddenly and tragically had passed away. The shock was of course immediate. We had just talked the days before about our new launch later that week. I had not only lost a great colleague but also a close friend that I really enjoyed talking to and someone who shared my passion for darts.

I am so thankful for the time Mikko and I worked together. He taught me so much about darts and also deepened my love of the sport. 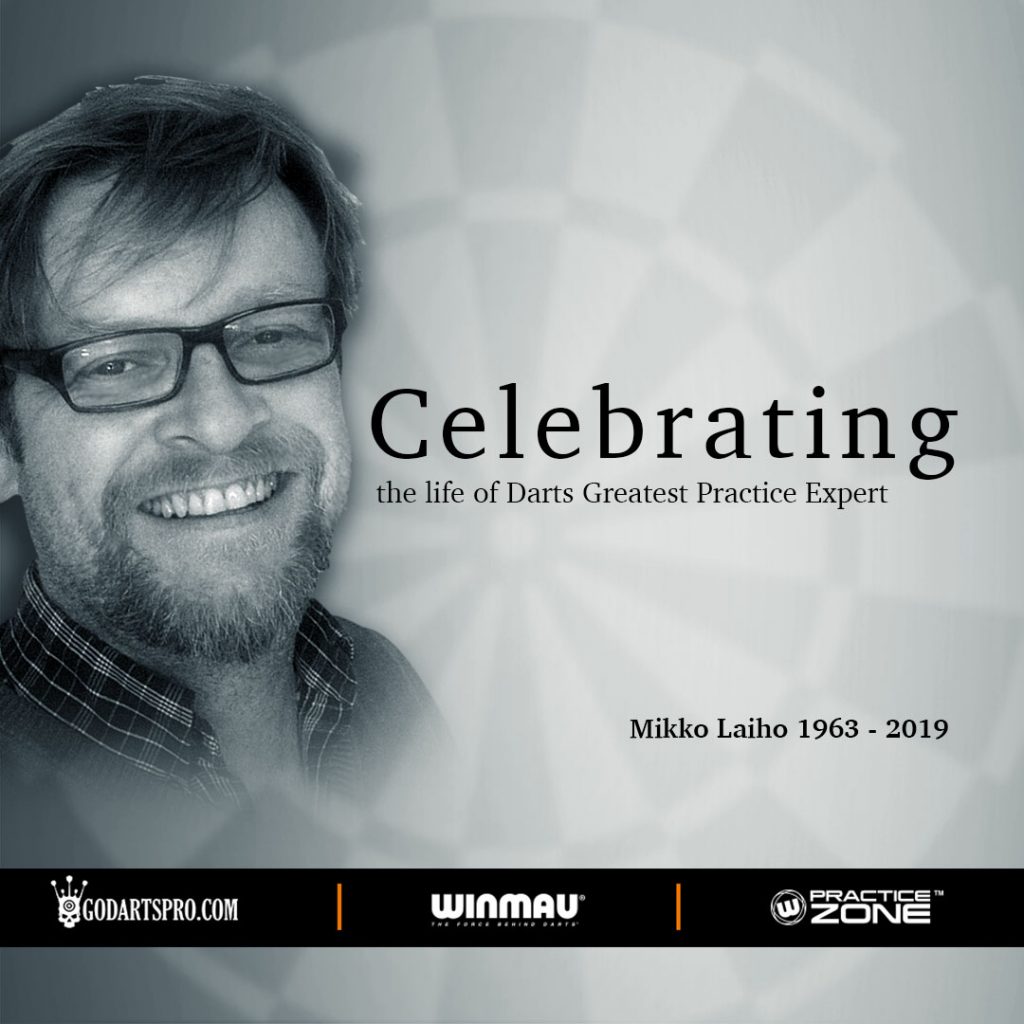 This website uses cookies to improve your experience while you navigate through the website. Out of these, the cookies that are categorized as necessary are stored on your browser as they are essential for the working of basic functionalities of the website. We also use third-party cookies that help us analyze and understand how you use this website. These cookies will be stored in your browser only with your consent. You also have the option to opt-out of these cookies. But opting out of some of these cookies may affect your browsing experience.
Necessary Always Enabled
Necessary cookies are absolutely essential for the website to function properly. These cookies ensure basic functionalities and security features of the website, anonymously.
Performance
Performance cookies are used to understand and analyze the key performance indexes of the website which helps in delivering a better user experience for the visitors.
Analytics
Analytical cookies are used to understand how visitors interact with the website. These cookies help provide information on metrics the number of visitors, bounce rate, traffic source, etc.
Others
Other uncategorized cookies are those that are being analyzed and have not been classified into a category as yet.
SAVE & ACCEPT